Social media has become buzzword now. Whether beginners or budding entrepreneurs, social networks are now an integral part of their brand branding and promotion strategies. Despite big difference in the manner of engagement offered, each social network enables marketers to customize the audience communication in his own way. Whether it's largest social network Facebook, Microblogging legend Twitter or image based social networks Instagram and Pinterest, they put in place their own methods to create audience connect in an effective manner.

Recently, leading social networks have announced updates to their respective platforms. These updates were meant to enhance the efforts of social media marketers as they can now target and engage their audience effectively. In case you've missed the updates made, I have summarized them here.

Another image based social network Instagram announced an update where they extended the standard 15-second length for videos to a full 60 seconds. As per the company, it will bring users fun, flexible and creative ways to create and watch video on Instagram. Along with that, Instagram opened its search functionality to let people search through other peoples’ followers. The new search functionality has been added in the ‘Followers’ section, and a new search bar is also added in the ‘Following’ section for quickly finding people./p<>

Twitter, though negated any possibility of wrapping up 140 character tweets, they said that tweets may still be evolving. Past October Twitter launched native polls that became one among the most popular new experiments done by Twitter. Observing growing popularity of the feature. the company recently made the decision to extend polls from one day to one week, or even for less than 30 minutes. Additionally, Twitter is currently working on a new algorithmic timeline for its social network.

The major addition made to the YouTube is a third party tool specially designed to find YouTube videos by location. 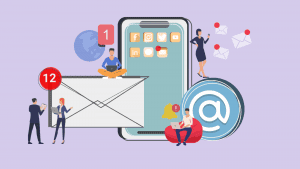 Why You Should Go For HTTP to HTTPS Migration Now ?

Once you’ve made the decision to actively engage with all new social network platforms, your next step should be to let the world know you’re there. If you’ve established a following on other social networks, ask your followers to join you on the new one too…

Pretty interesting article. Gives some good inspirations for developing web communities. All of the points mentioned above is well known by active social media users but putting them together can help to recollect things. Thanks!