In Internet circles, a venture recently made the news. It was the news about the Mozilla-Yahoo venture. A venture that suddenly forced businesses to start taking Bing seriously.

Let me remind you what actually happened-

-----Mozilla ended up its 10 years long relationship with Google and chose Yahoo its default search provider for next five years at least. It's useless to get into why it happened. The fact remains is that from December 1, 2014, Yahoo became the search engine for the uesers by default in Mozilla browser. But, if you are a die hard Googler, you can still switch to the Google search option there.----

This is great news for both Yahoo and Bing. One more thing that goes in Bing's favor is that the search engine itself is powered and backed by Microsoft. These are the two critical factors (One: Yahoo becomes Mozilla's default search provider and Two: Bing is powered by Microsoft), pushing online businesses to start taking Bing on a serious note.

Yahoo had already merged its UK search marketing accounts and search traffic into Microsoft's adCenter years back, so all Yahoo search results and ads are now delivered by Bing.

We may throw so many arguments to prove Google's top position, but what about the #2 ? This is a never ended argument and let it be the one. Here you need to know a quick fact: Google controlling 67% of the search engine market share and Bing claims 19.4%. Be happy with Bing, it's chasing Google and unarguably, the runner up.

There are stats that prove the Bing's might. (Source: Search Engine Journal)

If you are still going the Google way, all fine. But if looking at giving Bing a try, here's the catch. To get the most out of the Bing, you need your website to get optimized for this search engine. Though, most of the strategies similar to the Google, a few are distinct too that make a difference.

To Bing, Your Domain Age Matters.

There is a slight difference in the way Google and Bing observes the domain age. Google puts on top the websites that are new and have fresh content. Domain age comes second. Bing thinks differently. The #2 search engine gives emphasis on the age of a domain. Along with this, Bing prefers domain names that are more official in nature. So, it's a great news if you already have a website. Bing might prefer you.

The next obvious yet big thing to get traffic via bing is to get indexed in the search engine first. Bing suggests webmasters to submit their websites to the search engine and wait. Bing takes longer than the Google to process one's request.

While processing your website, Bing considers certain checks to determine if your website deserves indexing. These factors include page load time, site map, site technology used and canonical tags in the site. If your website passes the test, it will be indexed.

Alike Google, Bing too looks at the title of the website home and internal pages when ranks the website. While doing titles, focus on user relevance. Optimize titles for snippets and display URLs. Bing puts in place several recommendations when it comes to title. Bing suggests to choose titles that relevant to the query user searches for. They shouldn't be too lengthy and repetitive.

It's quite difficult to keep pace with keyword optimization for Bing. Bing's keyword placement ideas are different to the one that Google looks at. Bing, for instance, doesn't prefer more than two target keywords per page to improve Bing rankings. Experts recommend to write and use relevant and well-written keywords in title tags, meta-descriptions and in heading tags including H1 and H2. One may also use long-tail key phrases that include your targeted terms.

For the webmasters who have been penalized by Google Penguin, Bing still offers the hope. For Bing, Backlinks are important. It's believed that the number of backlinks on the website is the most relevant metric for Bing. Here too, playing safe with backlinks and utilizing them can be a big boost in the search engine rankings. Similar to the Google, precise backlink strategy is a key ranking factor in Bing.

If your content is doing well in Google, you will sparkle in Bing too. For both the search engines, content enjoys the equal significance. Bing emphasizes on content that's clear, deep and easily accessible. If you have such content piece on your website, your chances to get indexed and appeared in the results are increased. Bing suggests to post content on your website that's relevant, engaging and carries value add to the users.

Here too, Google and Bing both urge for the same shot. Though, there is dispute about whether Google emphasizes on social signals or not, Bing is very much clear on this point. On various occasions, Bing made it very clear that social signals play a significant role in search rankings. Thus, having an online business isn't enough, you need to measure social platforms to explore your potential audience.

Unlike Google, Bing endorses Flash media. I could cite this the big difference between the algorithms of Google and Bing. The latter has a solid mechanism in place to indexing flash media. Experts say that the pages having rich flash media are more likely to rank higher on the search engine.

What To Avoid While Optimizing For Bing ?

Beyond the practices stated over, there are few black hat strategies you must avoid. These are -

Though, Google wins over about 65% of overall search traffic that Internet receives, you can't underestimate the power of Bing. Even, being the runner up in the race, Bing's user base is equally important for your service / product. If you haven't yet given it a damn push, it's high time to pitch your Bing strategy. 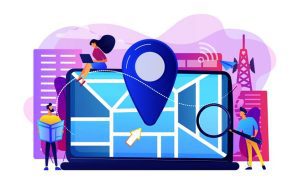 Local SEO Tips To Adopt In 2021 for Better Results 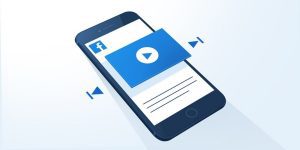