Google Plus is probably the next big entrant in the social networking domain after Facebook. With an amazing number of features and application, it has every wit with to compete with the Facebook. Both are available with their own pros and cons and only a user can decide which platform suits him/ her the best.

Google+ project is the premeditated attempt of search engine marvel Google introduced to simplify user’s social sharing experience and enthusiasm to connect with people who matter the most in their life. But with Buzz being already present and having facebook and Twitter already performing excellently, what’s new with Google+ project? Experts believe that Google Plus is an entirely different approach towards the major concerns of privacy prevailing across social networking paradigm.

New Social Networking buzzword:
Google + is probably the right platform for you if you are fed up of mass tags, photos and videos on your profile. Now you can stop the mess by just defining the circles and without having to making exceptions in your friend list. Open up Google+ and explore thousands of connections and profiles but with stringent privacy features this time. Since there is no wall on Google+, no annoyance of spam posts, links and videos even from the mutual friends is there to bother you. In the nutshell, if you tag someone in a single post and put the privacy regime then no one else but only that particular person can see that posts. Great feature indeed!
Connect To Your Circle Round the Clock:
With Google Plus’s life stream, users can see the current updates from people whom you follow. The stream includes photos, status updates, videos and comments from the friend circle, colleagues and other people in your Google+ circles. Contrary to the Facebook and Twitter, absence of private messaging to the friends and connections may pitch the lovers of Google Plus. To bridge the gap however Google Plus complements with a unique option called Email placed right below your friends’ profile photo. After his or her permission you can send a personal e-mail as an instant message.
List the best that Google Plus offers:
If user reviews are to be believed, they have spotted quite an interesting difference in the wall posting allowed on Google Plus and Facebook. In Facebook, all the posts are posted on wall in a chronological order but in Google Plus, posts are based on the things updated. Find below some of the most sought after advantages that Google Plus renders over Facebook.

Both Google Plus and Facebook have an amazing set of features, applications and utilities to offer. Facebook has its own user base who admires it for its services and offerings. If you strive for change, give Google Plus a try; who knows if it’s going to be the next big thing in social networking frame? 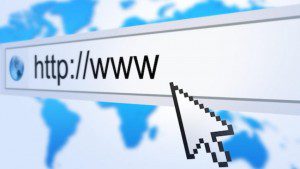 How To Take Care Of Operating System Weak Points

Rackspace And Intel Come Together To Develop OpenStack

How WhatsApp Has Empowered Small Businesses?
Tagged In: Google