Google’s Indexing Of Tweets Up By 466% 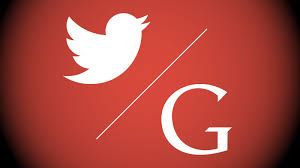 Earlier this year, Google struck a deal with Twitter that allowed the search engine giant an access to Twitter's massive tweet hose. Initially, Google indexed tweets at a very low rate. Reports at that time mentioned that it was 0.6% of Tweets indexed in February.

But, when the deal started shaping up, the percentage of tweets being indexed became higher. A latest study report from Stone Temple Consulting has a lot to say about the metric.

According to the report, within first seven days between February to June, 466% increase reported in Tweets indexed. In February, just 0.6% of Tweets were indexed and in June that number soared to 3.4%. While suggesting the growth promising, the report added that still more than 96% of Tweets that aren’t indexed.

The report continues with the fact that Google is still biased towards Twitter accounts that retain high follower account and a higher Social Authority. Stone Temple shows in the report that it may not be all about follower count, and there is a correlation between those with higher engagement levels and overall “authority” and indexation.

Stone Temple analyzed the same 900+ user set that they analyzed somewhere in February this year.