Back in march, Google had launched an Android App for Google AdWords. Until now, the app has received so many updates and features that webmasters and advertisers sought for. This week as well, Google has introduced a couple of significant updates to the app. In this update, Google has added video campaigns in the AdWords interface.


In updated Google AdWords For Android, advertisers can now look into the video campaign metrics in detail. The metric will show a range of parameters including views, impressions and view rate with reporting scorecards. Advertisers can now also make significant bid and budget adjustments in those campaigns. The company has made other as changes well, though they are minor. These minor changes are added convenience to the advertisers. 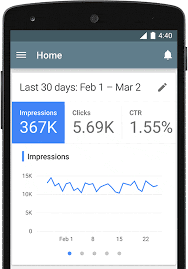 While adding existing account to the app, it automatically takes you to the Google sign-in, speeding up the account setup process. Since its launch, way back in march, Google has been constantly adding functionality and features to the app to let Pay per Click advertisers get more. In August this year, the company has added more performance data and billing information to the Google AdWords.